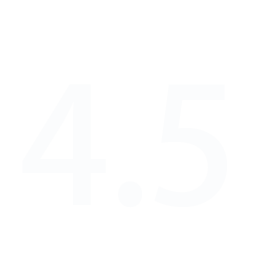 Children of a remote village in India working hard to finish their daily lesson before nightfall, as there is no electricity in their village.

The sustainable development agenda underlines the need to monitor equity across a range of individual characteristics, inputs and results, and education levels. On average, the world has achieved the target of gender parity at all levels except tertiary education (Figure 12).

Gender disparity in learning outcomes exhibits often unexpected patterns across subjects and over time. For example, in some low and middle income countries in Latin America and the Caribbean and in sub-Saharan Africa, there is a clear disadvantage in mathematics for girls at the end of primary school. At the lower secondary school level, countries appear on average to achieve gender parity in learning outcomes, albeit for a different set of countries and learning assessments. 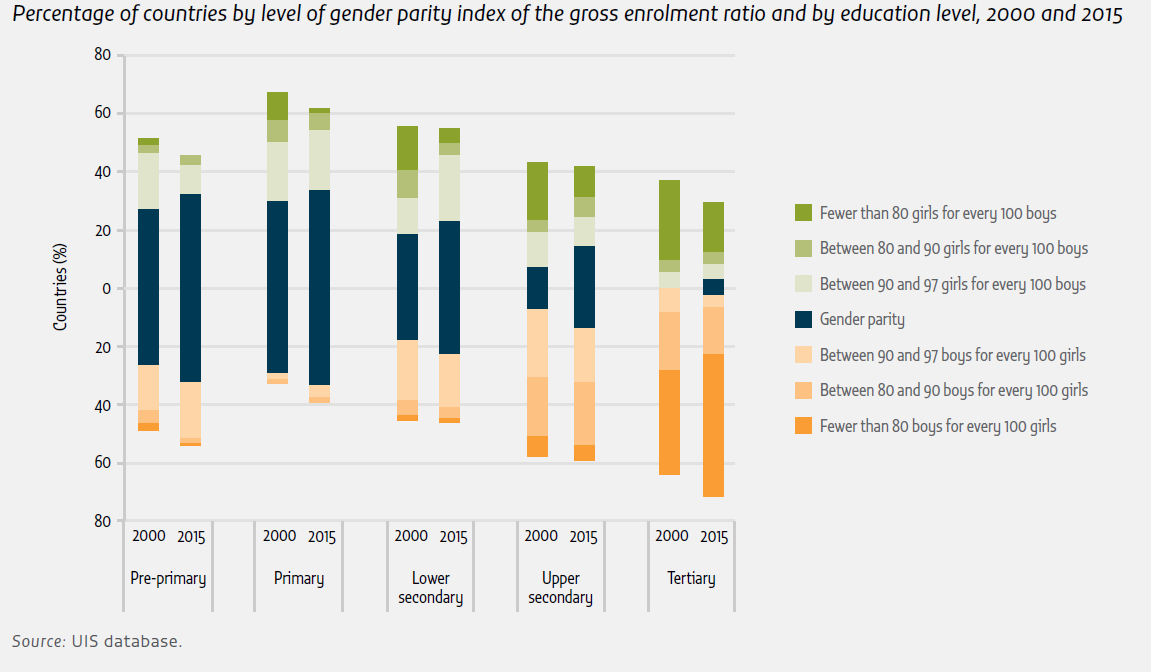 Moreover, household surveys do not capture many vulnerable populations, including seasonal workers, homeless people, refugees and populations in conflict zones. It is estimated that around 250 million people worldwide are excluded as a result of survey design, and a further 100 million are under-represented, including slum dwellers.

Language is a less easily comparable characteristic across countries but has a major bearing on equity. Instruction in students’ first language for at least six years improves student performance. A review of policy documents from 21 countries in eastern and southern Africa shows that most have an early-exit transitional bilingual education policy, teaching in one or more local languages until grade 4 or 5. But policies are not always implemented, due to resource constraints or resistance from key actors, such as teachers and parents.

New analysis for this report combines population statistics, language demographics and policies on language in education to classify 11 Eastern and South-eastern Asian countries according to the percentage of students who speak the language of instruction at home. The analysis estimates that in Brunei Darussalam and Indonesia, less than 25% of children have access to education in their home language, while in Viet Nam around 90% do.

Cross-national learning assessments can also help capture language issues. For example, the 2015 Trends in International Mathematics and Science Study (TIMSS) showed that 78% of fourth-graders in participating countries always or almost always spoke the test language at home. With respect to disability, the twin challenge is to assess the prevalence of disability in the population and the related educational disadvantage. In two Demographic and Health Surveys, a large difference in the estimated disability rate (2.1% in Cambodia and 9.7% in the Maldives) was also reflected in separate estimates of the effect of disability on school attendance: In the Maldives the primary attendance rate was 85% for those with disabilities and 94% for those without, while the respective rates in Cambodia were 43% and 93%.

Around 250 million people worldwide are excluded as a result of survey design, and a further 100 million are under-represented

Transforming our world: the 2030 Agenda for Sustainable Development, the foundation document of the SDGs, recognizes that ‘All people, irrespective of sex, age, race or ethnicity, and persons with disabilities, migrants, indigenous peoples’ should have access to lifelong learning opportunities. Countries must collect data to monitor progress towards the SDGs as well as to comply with human rights conventions they have ratified. In practice, however, there remain considerable obstacles imposed by countries and concerns expressed by marginalized populations.

Data collection on marginalized groups can infringe on privacy. Under data protection laws, information on ethnic and religious affiliation may be classified as sensitive. Some countries, including Sweden, do not collect data on ethnicity even though there is nothing to prohibit it. Others disallow collection of individually identifiable data but allow collection of anonymous data. Over one-third of census questionnaires included no form of ethnic classification.

As ethnic minority data have been misused to single out populations, marginalized groups themselves may be reluctant to provide data. Out of fear of discrimination, Roma people in Europe often mistrust censuses. People with disabilities may not self-report as such, fearing stigmatization. In addition, governments may avoid collecting data out of concern that results will reflect badly on their policies or exacerbate tensions in the population.

Measuring and comparing disadvantage are complicated by the multiple definitions of disability, ethnicity and other categories. Most disaggregated data categories, including racial and ethnic ones, evolve with social and political attitudes or developments, making results hard to compare over time. Although self-identification of disadvantage is useful for resolving ethical dilemmas in data collection, individuals may not report accurately. External identification of disadvantage is also problematic, as it is subject to observer bias.