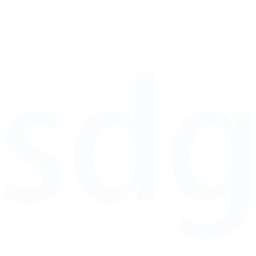 Children holding toothbrushes and toothpaste laugh while learning about health and hygiene.

Education is key to achieving outcomes in several SDGs, including those on health, water and sanitation, and food security.

As of 2012, non-communicable diseases, including cancer, diabetes, chronic respiratory ailments and cardiovascular disease, accounted for 68% of all deaths worldwide, almost three-quarters of them in low and
middle income countries. Education can help change behaviour to reduce the occurrence of these diseases.

Tobacco use caused 6.4 million deaths in 2015. People with more education are less likely to use tobacco in both poor and rich countries. In lower middle income countries, men lacking formal education were between 1.75 and 6.5 times as likely to smoke as those with at least a secondary education. In the United States, high school dropouts were three times more likely to smoke than college graduates.

Aside from formal education, mass media campaigns can be effective in discouraging smoking. However, they are often more effective for populations of higher socio-economic status, so can increase inequality in smoking prevalence. They need to be better designed to target vulnerable populations.

Promoting better nutrition in schools helps teach good lifelong habits. In Seinäjoki, Finland, a programme to integrate health into education policies is credited with reducing obesity among 5-year-olds from 17% to 10% between 2009 and 2015.

The World Health Organization projected a global shortage of 14.5 million healthcare workers in 2030

Skilled professionals are needed to achieve the targets of SDG 3, the goal on improving health. The World Health Organization estimated a global shortage of 17.4 million healthcare workers in 2013 and projected it would still reach 14.5 million in 2030, with worsening needs-based shortages in the poorest sub-Saharan African countries. High international mobility of African, Asian and Caribbean doctors and nurses means low income countries lose professionals and face a high financial burden. Richer countries should pay for the training of the physicians who serve their populations, regardless of where they were trained.

Institutional and instructional shortcomings create equity challenges: 26 countries in sub-Saharan Africa had one or no medical schools in 2008. Within countries, there is a strong urban bias, leaving rural populations underserved. To improve capacity, human resource planning for health systems should be better linked to technical and vocational education institutions to facilitate school-to-work transition, youth apprenticeships and continuing professional development, shifting away from the emphasis on hospital- and university-based training.

Achieving SDG 6 requires increased expertise to improve water and sanitation services. Human capacity issues are too little considered in the sector. Of 94 countries surveyed, less than 15% reviewed their strategies at least every two years. Lack of funding and skilled graduates and reluctance of skilled workers to work in rural areas hold back capacity development.