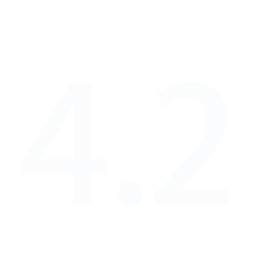 Regarding early childhood education, just one-third of countries worldwide legally stipulate at least one year of free provision, 21% one year of compulsory provision and 17% one year both free and compulsory. Even so, in 2015, 69% of children one year younger than the primary education entrance age participated in organized learning, which is the first global indicator for target 4.2. Regional shares ranged from 95% in Europe and Northern America and in Latin America and the Caribbean to 42% in sub-Saharan Africa. Many countries have seen large enrolment increases since 2000 (Figure 9).

In much of the world, early childhood education opportunities are very unequally distributed. Across 52 low and middle income countries between 2010 and 2015, just over two 3- to 4-year-olds from the poorest fifth of households attended an organized learning programme for every ten children from the richest fifth. In Serbia and Nigeria, the attendance rate was over 80% for the richest children and no more than 10% for the poorest.

The rural–urban attendance rate gap exceeded 40 percentage points in Tunisia and Turkmenistan, while there was near parity or even a slight advantage for rural children in Bangladesh, Jamaica, Mexico, Palestine, Saint Lucia, Sao Tome and Principe, and Thailand. 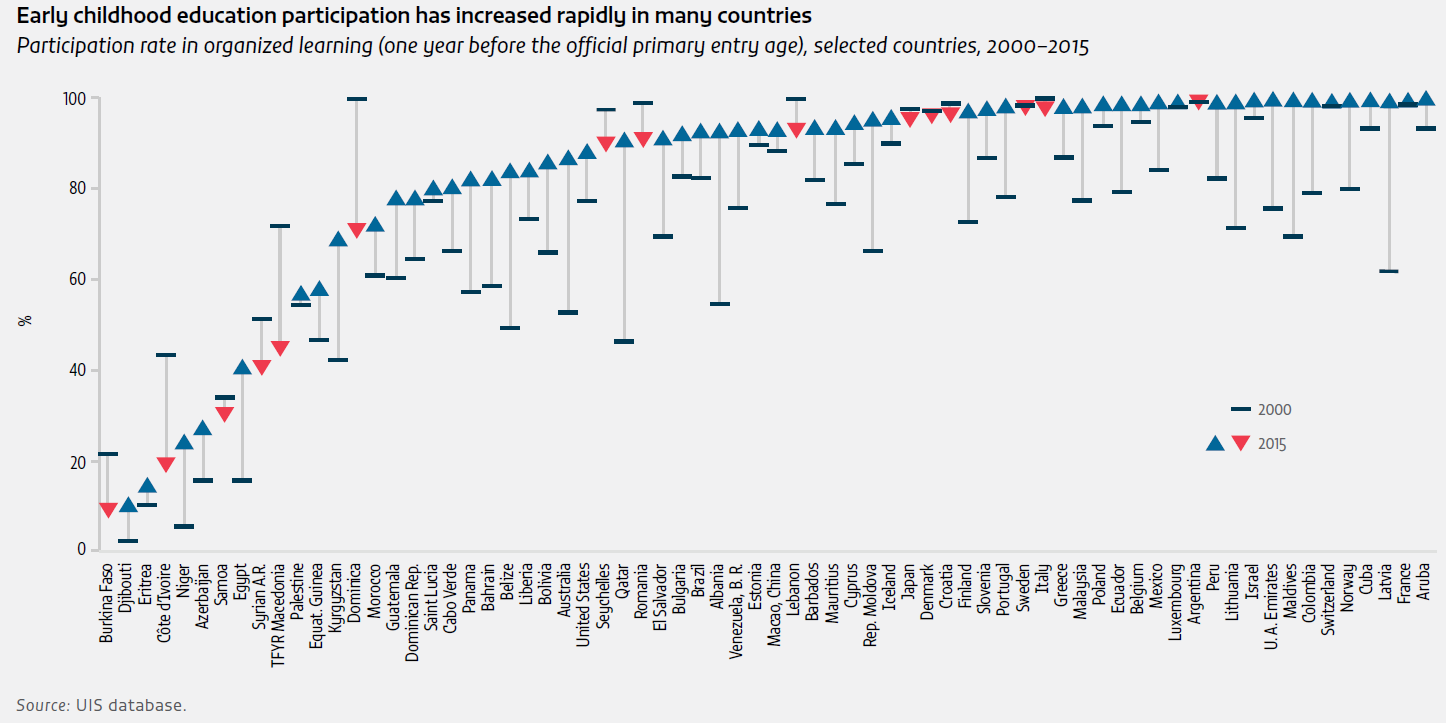 The second global indicator aims to capture early childhood development, but views differ on what should be measured with respect to the health, psychosocial and learning dimensions. According to the UNICEF Early Child Development Index, which is the main source of data, less than two-thirds of children aged 36 to 59 months were considered developmentally on track in countries including the Democratic Republic of the Congo, Mauritania and Nepal. Considerable effort is under way to further develop the methodology of this indirectly assessed measure.

Home environments exert a strong influence on early childhood development. In almost half the countries with data, at least one-quarter of children aged 36 to 59 months lived in households where caregivers did not engage in four or more activities to promote learning and school readiness, such as reading or looking at picture books, singing, counting or drawing. The poorest households were less likely than the richest households to engage in such activities.