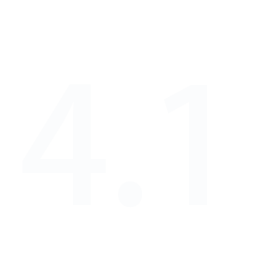 Pupils study at a school near Manaus, in the state of Amazonas, Brazil.

The global indicator for target 4.1 is a measure of proficiency in reading and mathematics at an early grade, the end of primary and the end of lower secondary education. There is no global standard for proficiency yet, although steps have recently been taken in that direction through the Global Alliance to Monitor Learning coordinated by the UNESCO Institute for Statistics.

Roughly half of all countries administer a national learning assessment in reading and mathematics at the end of primary and end of lower secondary education. Yet, as of 2017, only between 25% and 38% of countries that participated in regional or international learning assessments have contributed data towards the global indicator. Moreover, results are reported in terms of the proficiency levels defined by each survey, which are not comparable. Countries of the E9 group, a forum of low and middle income countries that have committed to achieving SDG 4 and account for over half the world’s population, hold the key to global reporting on learning outcomes.

Among them, Brazil, Egypt, Indonesia and Mexico contribute data at some of the three education levels, while Bangladesh, China, India, Nigeria and Pakistan do not report on this indicator at any level. It is critical, therefore, for all nine either to participate in a cross-national survey or to use their national assessments for reporting, provided they meet quality standards.

These benchmarks measure achievement among those who had reached the respective grade. Assuming those who dropped out or never enrolled do not meet the benchmarks, the real percentage of those who reached the minimum proficiency level needs to be adjusted downwards. In 2015, 264 million children and youth of primary and secondary school age were out of school. After a decline in the early 2000s, out-of-school rates have stagnated – since 2008 for primary education, 2012 for lower secondary and 2013 for upper secondary.

Being in school does not guarantee graduation. According to household survey data for 2010–2015, the global completion rate was 83% for primary education, 69% for lower secondary and 45% for upper secondary. Based on data from 128 countries over the period 2010–2015, which represent 90% of the global population of secondary school age, less than one in four young people had completed secondary school in 40 countries and less than one in two in 60 countries. There were only 14 countries with a completion rate of at least 90% (Figure 8).

Figure 8: In almost half of countries, less than one in two youth complete secondary school