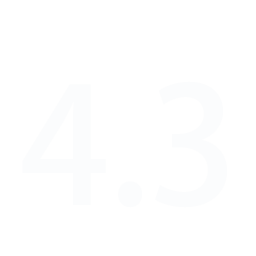 Over 60 million secondary students worldwide were enrolled in technical and vocational education in 2015 – about 10% of all secondary students – mostly at the upper secondary level. Most regions had seen little change in this rate since 2000, although participation rose in the Caucasus and Central Asia and fell in the Pacific. Technical and vocational education remained male-dominated, with girls accounting for 43% of enrolment.

In 2015, 213 million students were enrolled in tertiary education. Since 2000, the gross enrolment ratio has risen by almost 30 percentage points in upper middle income countries, from 17% to 46%. However, enrolment growth in the Caucasus and Central Asia and in sub-Saharan Africa almost stagnated. The share of private enrolment has been increasing. Women have outpaced men in tertiary enrolment, with sub-Saharan Africa the only region where fewer women than men enrol. Still, women lag behind men in completing science, technology, engineering and mathematics degrees.

In 2015, over 60 million secondary students worldwide were enrolled in technical and vocational education, and 213 million enrolled in tertiary education

Household surveys can be used to demonstrate disparity in post-secondary education participation and attainment. New estimates for this report show the attendance rate for 18- to 22-year-olds taking off among the richest fifth of the population in low and middle income countries but remaining close to zero among the poorest fifth. In El Salvador, 51% of the richest fifth and less than 2% of the poorest attended any form of post-secondary education while in Mongolia, the respective shares were 67% and 3%, suggesting an urgent need for many middle income countries to introduce policies to make post-secondary education accessible (Figure 10).

Figure 10: The poorest have hardly any post-secondary education opportunities in low and middle income countries 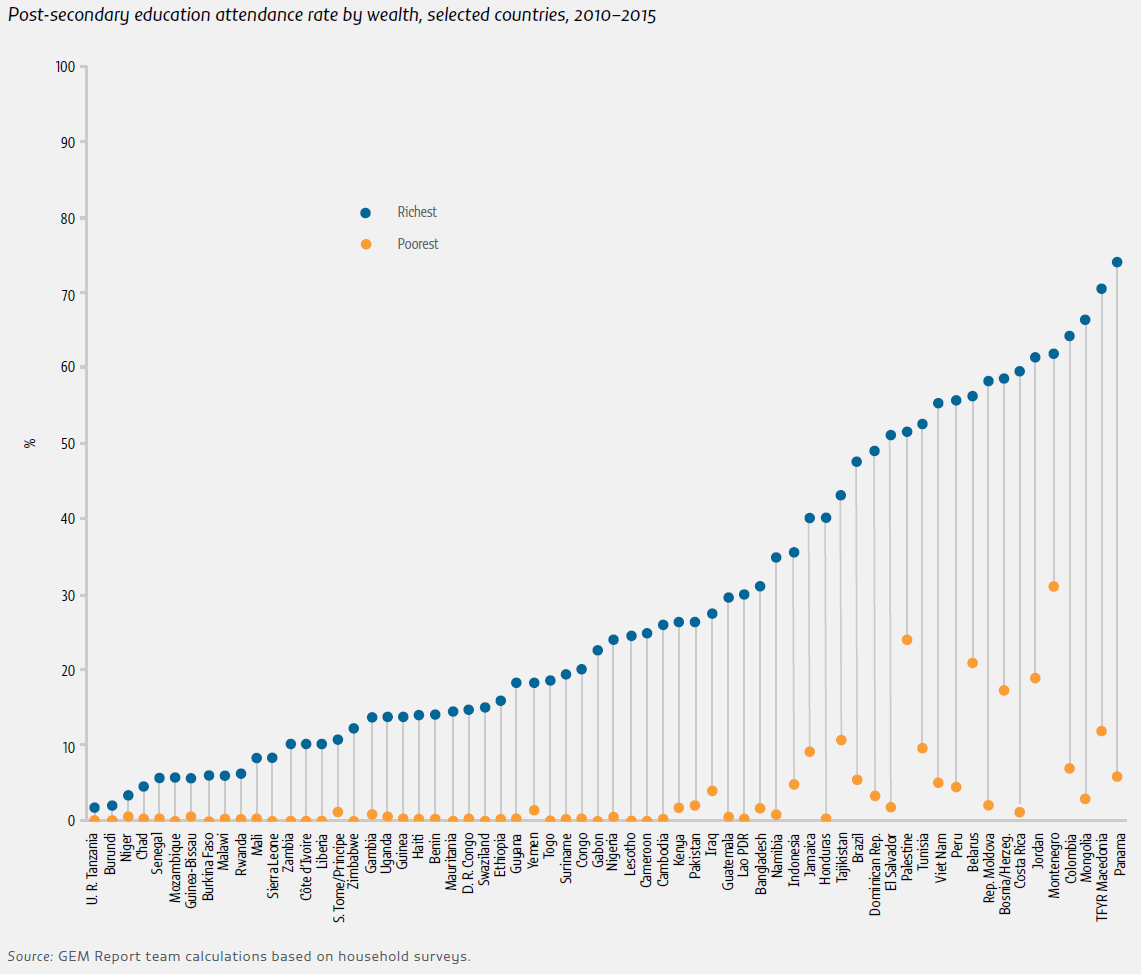