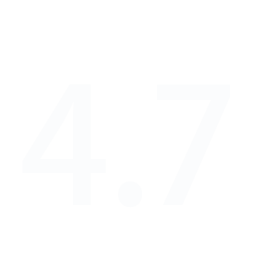 A Grade 6 student from Malaban Elementary School in Laguna, Philippines is intrigued as she examines a makeshift camera during a class activity that uses innovative recycled materials to teach using a multi-intelligence approach.

The reporting mechanism for the 1974 Recommendation concerning Education for International Understanding, Co-operation and Peace and Education relating to Human Rights and Fundamental Freedoms has been proposed as the means of monitoring progress on the global indicator for target 4.7. However, self-assessment of policy implementation may not be objective, credible or nuanced enough for policy purposes, and may be insufficient to establish whether policies are implemented. UNESCO recognizes the need to further fine-tune the guidelines for preparation of national reports so they better meet the requirement of monitoring the global indicator.

During the fifth consultation period of the 1974 Recommendation, over 85% of countries reported including human rights and fundamental freedoms in education policy and curricula, but only 51% integrated education for sustainable development in policy and 33% in curricula. In teacher education, about half of countries covered peace, non-violence, human rights and fundamental freedoms, 16% discussed cultural diversity and tolerance, and only 7% included education for sustainable development (Figure 14).

In many countries, teachers are poorly prepared to teach topics related to target 4.7. Teacher education programmes have begun to adapt, but efforts are fragmented. Ireland and Jamaica have made progress, including sustainability and global citizenship in initial teacher education. Continuous professional development is a more frequent teacher support tool but is rarely provided systematically.

Figure 14: Only 7% of countries included education for sustainable development in teacher education

Comprehensive school-based sexuality education programmes addressing gender power relations quintuple the likelihood of reducing rates of sexually transmitted disease and unintended pregnancy. A 2015 review of 48 countries found almost 80% had policies supporting comprehensive sexual education, though they were not always implemented. Studies in Ghana and Kenya found that incomplete and sometimes inaccurate information was being taught.

There is still no consensus on what outcomes education for sustainable development and global citizenship education should achieve. Measuring scientific knowledge on climate change and the earth is one straightforward option. The 2015 PISA round showed 21.5% of 15-year-olds in OECD countries performed below the minimum proficiency level in the ‘earth and space’ content area. The TIMSS showed earth science knowledge among primary school students improved between 2011 and 2015 in 15 countries, declined in 9 and showed no significant change in 16.

Existing tools assess student knowledge levels only in basic education. The pilot Sustainability Literacy Test of 2014–2016 assessed knowledge on sustainable development in higher education students and adults. Participants correctly answered 54% of core questions in examination mode and 60% in learning mode (at home and unsupervised). They performed much better on questions related to human rights and the economy than on environmental issues.

TEXTBOOKS ARE CRITICAL TO AN AGENDA OF DIVERSITY, TOLERANCE AND PEACE

Textbooks convey not only subject knowledge but also social values, political identities, history and an understanding of the world. Yet in many countries, they still do not adequately address crucial concepts of social cohesion, political stability and the planet’s future. Global citizenship education aims to instil principles such as human rights, democracy and social justice. In 2000–2008, 25% of textbooks worldwide mentioned global citizenship, compared with 13% in the 1980s. To help build peaceful societies, textbooks should discuss conflict prevention, resolution and reconciliation.

Only 10% of textbooks include explicit statements on these topics. Many textbooks still glorify militarism and war.

Coverage of diversity remains rare: Only one in four secondary social studies textbooks mentioned ethnic, cultural, religious and linguistic minorities in 2000–2011. Coverage of immigrant and refugee rights has increased, but some textbooks still include stereotypical images of migration and migrants.

In 2000–2011, 37% of textbooks mentioned women’s rights, up from 15% in 1946–1969, while depiction of discrimination against women increased from 16% to 38%. However, many textbooks continue to convey implicit messages that perpetuate gender inequality. Many either do not include women or depict them in submissive, traditional roles.

International and regional actors have helped support reforms. UNESCO in particular has established norms and standards and supported countries in making change. In post-conflict countries, transitional justice initiatives can foster change, as in Peru, where the Truth Commission encouraged textbooks promoting respect for diversity and human rights. Civil society actors can prepare the ground for government-backed projects, but political actors remain crucial in fostering change.