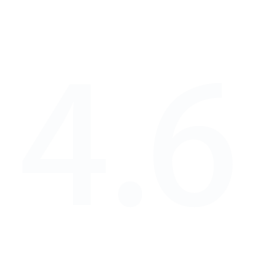 A man takes part in night classes in Caracas, Venezuela, that are designed for those who work during the day but who still wish to obtain their high school certification.

By contrast, the number of youth with no literacy skills has fallen by 27%. Still, there are more than 100 million young people who cannot read, including more than one in four in sub-Saharan Africa and in low income countries.

The continuing disconnect between home language and language of instruction plays a particularly important role in the slow development of literacy skills in sub-Saharan Africa. New analysis for this report shows that in 36 countries in the region, only half of adults with five years of schooling could read an entire sentence. However, 69% of adults whose five years of education were in systems privileging home languages could read a sentence, compared with 41% in colonial or mixed language systems.

Despite significant efforts to replace the traditional, largely self-reported, dichotomous measure of literacy with the more appropriate, directly assessed, nuanced concept of literacy proficiency levels, the new approach, which is necessary to report on the global indicator for target 4.6, has not yet taken hold except in a few high income countries. An estimated 19% of adults in countries that participated in the OECD’s PIAAC survey did not achieve the minimum proficiency level in literacy.

There are more than 100 million young people who cannot read

Inequality in literacy and numeracy proficiency by socio-economic status is widespread. For example, across OECD countries participating in PIAAC, the probability that an adult would fall below the minimum numeracy proficiency level was more than three times higher for those whose parents did not attain upper secondary education than for those who had at least one parent with tertiary education (33% vs 10%). In the Czech Republic and Slovakia, the difference was 10 times higher (29% vs 3%).

Some types of disparity are evolving. Comparing PISA surveys at age 15 and PIAAC surveys 12 years later showed surprising changes over young adulthood. Socio-economic disparity widened in 75% of 20 countries compared and was concentrated among those scoring poorly at age 15. By contrast, the gender gap appeared to close almost completely. However, the PIAAC survey showed low gender disparity at age 16, suggesting the change may be due to the different ways in which the two surveys are administered (Figure 13).

Figure 13: While socio-economic literacy gaps at age 15 increase in the next 12 years, gender gaps disappear