To improve what we know about gender equality in education, the monitoring framework needs to be improved. As suggested in the 2016 Global Education Monitoring Report (see also Table 2 in this review), the framework should go beyond simply measuring disparities in education opportunities between males and females. It should also cover law, institutions and policies inside and outside the education system, the distribution of resources, and teaching and learning practices. Some basic barriers limit girls’ access to school. In only 9 of 44 countries with available data did more than 75% of primary schools have single-sex facilities. And yet an estimated one in ten African girls miss school during menstruation because of inadequate sanitation facilities. Education plans should therefore make it a priority to provide all schools with single sex toilets. School inspections should ensure that schools meet the mandated regulations.

But the most important barriers to gender equality remain primarily within the school; they are related to deeprooted gender discrimination and power relations. Governments need to periodically review and revise curricula, textbooks and teacher education programmes to ensure that they do not perpetuate gender stereotypes.

To address the lack of gender balance in subject choice, governments should consider promoting apprenticeship programmes, mentorships, networking or scholarships for women in science, technology, engineering and mathematics. This is but a first step towards addressing gender imbalance in employment of professionals in other sectors, such as health, water and sanitation. School-related gender-based violence needs to be addressed through legal and policy frameworks and complemented with a strong monitoring and reporting process. For example, comprehensive sexuality education programmes need to be introduced, but to increase their effectiveness in reducing rates of sexually transmitted infections and unintended pregnancy, it is also necessary to ensure that their content includes gender power relations.

To change gender-biased attitudes and behaviours, codes of conduct for students and teachers are needed. A review of 24 countries found that over half of teachers found codes of conduct had a very significant impact on reducing misconduct. School-wide approaches should be used to address student behaviour that undermines their peers’ right to education.

HOLD PEOPLE TO ACCOUNT FOR GENDER INEQUALITY IN EDUCATION

Ensuring gender equality in education is a collective enterprise in which all actors – and not just the government – make a concerted effort to meet their responsibilities. Nevertheless, accountability for respecting the right to gender equality in education starts with governments. To ensure they are held to account for their commitments, states must respect, protect and fulfil the right to education, which requires refraining from interfering with citizens’ enjoyment of the right, ensuring that third parties do not prevent equal access to and enjoyment of education, and adopting legislative, administrative, budgetary, judicial and other measures towards full realization of the right. Governments should establish and safeguard independent ombudsmen or other national human rights institutions to work on gender equality. However, only 44% of countries have fully committed to gender equality in education.

Individuals and civil society organisations should submit complaints, communications, petitions or claims about violations to the committees overseeing the three main treaties on the right to education for girls and women: the Convention on the Elimination of All Forms of Discrimination against Women, the Convention against Discrimination in Education, and the International Covenant on Economic, Social, and Cultural Rights. Such complaints can prompt national government action. Civil society groups should take an active stance against gender discrimination. Between 1975 and 2005, across 70 countries, the presence of a strong, autonomous domestic feminist movement played a key role in helping change policies protecting women from violence.

Governments should develop gender-sensitive education sector plans which disaggregate all indicators by sex and analyse barriers to girls’ and boys’ education. Only 25 out of 42 education sector plans reviewed by the Global Partnership for Education were gender sensitive. Governments should not only apply a gender lens to every stage of an education plan but should also carry out a gender assessment of the implications of the policy and examine the gender implications of resource allocation.

One of the problems at the core of gender-biased education policy and practice is gender disparities in school and other leadership positions. Although data is patchy, which in itself is a sign of insufficient concern about the issue, in most countries the share of females in the teaching profession is higher than the share of females among head teachers. As for political representation, the proportion of female legislators was five percentage points higher in countries that adopted a gender quota than those that did not across 103 countries between 1970 and 2006.

Ultimately, governments should prepare an annual education monitoring report that tracks progress towards all education targets, including those related to gender equality. Only one in two countries has published at least one national education monitoring report since 2010 and only one in six countries has done so on an annual basis. In countries with sufficient capacity, independent gender-sensitive performance audits have responded on the basis of available evidence. In Victoria State, Australia, one gender audit identified a decline in boys’ writing performance, which was subsequently addressed in the next four-year Action Plan.

The achievement of the 2030 Agenda depends on the world’s success in creating a level playing field for boys and girls, women and men, in education as in other sectors. Commitments have been made; the task now is to follow through to their fulfilment, by breaking down barriers and making sure that all actors play their part in the endeavour. 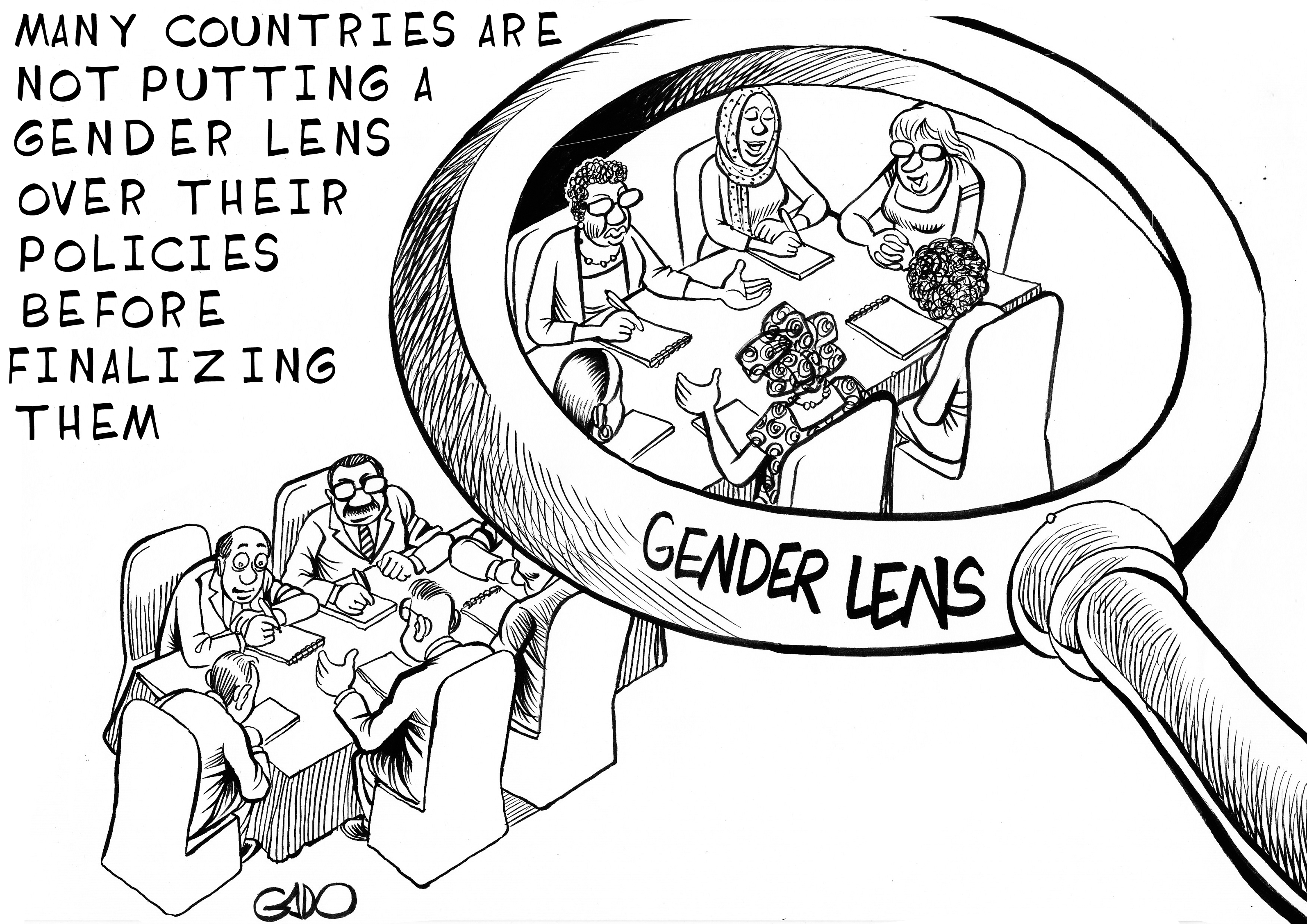